In the last 25 year span, the British reported the largest number of paranormal occurences of demons, evil ghosts, werewolves, witches, and other eerie figures . The experts have much to investigate, including reports about the recent appearance of ghosts with sexual desires. Like predators of darkeness, these ghosts attack  at nighttime.

Most of the happenings occur in Yorkshire County (north of Great Britain).

The increase of reports about demons, spectres, and werewolves are scary enough; but the rumours about sexual-predatorial-ghosts are terrifying people in Yorkshire. The culprits are demons called Incubus and Succubus. The first ones rape women while they sleep and then exhaust them too death. Succubus seduce men, especially monks.

Inhabitants of Yorkshire also describe the crash of a car with a greyhound from hell. Another witnesses freaked out when they saw some creature with a long neck, large body, and glowing eyes. The creature lay upon the water, as if in wait for some unsuspecting passerby.

Also, locals in Dartmoor district (south-west England) are afraid of the ghost of a man who commited suicide recently. He’s appearing to people who come too close to his grave. They describe him as ghastly skinny figure dressed in dirty ragged tatters of grey garb. According to the chief paranormal researcher, Lionel Fanthorp, these encounters with ghosts are as wide-spread now as they were in medieval times. 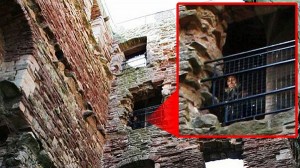